Guidelines on the Management of Endometriosis 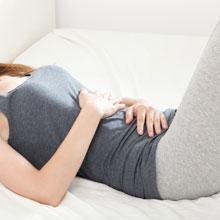 ESHRE (The European Society of Human Reproduction and Embryology) has recently released updated guidelines on the diagnosis and treatment of endometriosis. Key stakeholders including patient organisations and clinicians formulated questions to allow a literature review. While endometriosis occurs in 2-10% of the reproductive age population, and even more frequently in infertility high quality studies are unfortunately rare. Evidence was graded from A-D (where A is the highest quality involving multiple randomised studies or meta-analysis). Of 82 recommendations almost half (32) could only be answered at the level of Expert Opinion.

Diagnosis should be considered where suggestive symptoms (period pain, dyspareunia, non-cyclic pain, infertility)are present. Examination should include a speculum to examine for infiltrating disease in the posterior vaginal fornix and bimanual palpation for masses, induration and tenderness. This may not be appropriate in adolescents who are not sexually active. Diagnosis may be supported by high quality transvaginal ultrasound (A) and the finding of endometriomas or DIE (deep infiltrating disease). The role of 3D ultrasound and MRI are not well established. There is no role for biomarkers such as Ca125(A).

Laparoscopy remains the gold standard for diagnosis and should include biopsy for histologic confirmation. It is acceptable to institute empirical treatment rather than proceed straight to laparoscopy in all patients.

Hormonal treatments may reduce pain. Options include oral contraceptives(B) , progestagens(A) , anti-progestagens and GnRH agonists (A). Patient preference, side effects, costs and availability need to be taken into account. The COCP is often used as it also provides required contraception and menstrual control. Continuous use can be considered. A range of progestagens is available: medroxyprogesterone acetate (Provera-oral or Depot), Noresthisterone acetate (Primolut), danazol. The Mirena IUD (levonorgestrol) may be useful. In Australia GnRh agonists and anti-progestagens (gestrinone) require visual proof of endometriosis to access on PBS and length of treatment is limited to 6 months. There is virtually no evidence for the use of Non –steroidal anti-inflammatory drugs(NSAIDs) but they are commonly prescribed to reduce pain.

Surgery is effective at reducing pain (A), preferably at laparoscopy. Both ablation and excision may be used. Excison is preferable particularly for more advanced and deep disease. In the case of endometriomas cystectomy is preferable to drainage alone and is associated with lower recurrence. Surgery for deep disease is effective at improving pain and quality of life (B) but can be associated with significant complications. Referral to centres of expertise is recommended.

Hysterectomy with removal of ovaries and all visible disease should be considered where women have completed their families and failed conservative treatment. Pre-sacral neurectomy is effective but there is no indication for uterosacral nerve ablation(A).

Pre-operative and post-operative hormonal therapy does not improve the success of surgery for pain. (A) The combined OCP or Mirena IUD for at least 18-24 months may be considered as a secondary prevention treatment to prevent recurrence of pain or disease (A). There is no evidence that nutritional supplements, complementary or alternative medicines are effective. The committee acknowledged that the literature review was limited to English and the Inherent difference between the holistic Chinese approach and Western scientific medicine. Some women may feel benefit from alternate approaches.

Women with endometriosis are often faced with infertility. Hormonal therapy does not improve fertility but operative laparoscopic surgery can be effective especially in more advanced disease. It is associated with higher pregnancy rates than expectant management. Excision is preferable, especially for endometriomas (A). Spontaneous pregnancy rates are improved post-surgery. Neither pre- or post-operative adjunctive hormonal treatment is useful.

That is not to imply that all women should have laparoscopy prior to ART to improve outcome. Care needs to be given to the potential loss of ovarian tissue and decreased ovarian function, particularly in repeat surgery. Counselling is recommended.

The effect of endometriosis on success rates in IVF is debated. Several large databases (SART, HFEA) show no adverse affect. The Cochrane review suggested the use of a GnRH agonist for 3-6 months of down-regulation prior to treatment (B). Antibiotic prophylaxis at time of oocyte retrieval is recommended to decrease risk of infection although the rate is low(D). Removal of deep disease and endometriomas is indicated for pain with no evidence that it improves IVF success.

There is no evidence that ART treatments increase recurrence of disease.

It is not possible to rule out the possibility of disease recurrence due to hormone replacement but severely symptomatic women should not be deprived of treatment . Combined HRT(estrogen/progestagen) or tibolone(Livial) should be strongly considered after surgical menopause until the age of natural menopause. Unopposed estrogen should be avoided.

Incidental findings of endometriosis in the absence of pain/infertility should not be treated as the natural history of the disease is unknown. The true prevalence is unknown but it has been reported in 3-45% of women having sterilisation. The woman should be informed and counselled.

There is no evidence that endometriosis causes cancer or that the overall incidence of cancer is increased. Some cancers are slightly more common in women with endometriosis (Ovarian , non-Hodgkins lymphoma).

There is no data to support use of the contraceptive pill as a preventive agent.

Endometriosis is a common condition with diagnosis often delayed. Symptoms are extremely variable and over-lap with other common conditions. It is important to seek advice from your doctor if you feel you have a problem and fully explore the options.