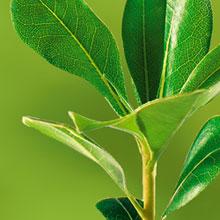 During the perimenopause and menopausal years, vasomotor symptoms such as hot flushes and night sweats are common. They can be troublesome for some women. Many women seek alternatives to conventional HRT in natural phytoestrogens, evening primrose oil, black cohosh and acupuncture. Exercise and mind-body therapies are also popular.

Soy isoflavones (daidzein and genistein) are largely present as inactive compounds. Their bioavailability depends on gut enzymes to cleave the glucose molecule and facilitate absorption. Interestingly one third of the population have distinctive gut flora which converts daidzein to equol, which is 10-100 fold more estrogenic. These women often experience significant improvement in symptoms. Absorption is also altered by antibiotic and alcohol use, and bowel disease.

Products vary widely in amounts of isoflavones present. Studies of effectiveness are therefore prone to many variables and results are heterogeneous. Most suggest little benefit but no harm. A trial of 50mg/day may be useful for vasomotor symptoms.

Patients with a history of breast or endometrial cancer should be cautioned about use and soy should be avoided by those on Tamoxifen and aromatase inhibitors.

Evening Primrose Oil The seeds from this plant are rich in omega -3 fatty acids. Adverse effects are rare but include nausea. A trial of 56 women for 6 months showed no benefit but larger studies are needed.

Exercise may exert benefit through weight loss and improved mood. A 2011 Cochrane review showed a trend towards positive effects compared to no treatment.

Mind/Body Therapy Yoga and tai-chi are two such therapies which may exert benefit through a perceived increase in control over body-mind interactions. Several studies show decreased vasomotor symptoms compared to lifestyle advice. With no/few adverse effects they are worth a try and also provide positive benefits for general health.

Acupuncture This Chinese medicine practice involves insertion of needles into the skin. The underlying theory is based on energy (qi) flows along body meridians with disruption causing disease. Acupuncture needles are placed to stimulate the qi, open blocked flow and balance of yin and yang.

The Western view is that it may reduce vasomotor symptoms by increasing beta-endorphins and inhibiting gonadotrophin-releasing hormone. The GnRH pulse is believed to set off the cascade leading to hot flushes.

A Cochrane review in 2013 found no significant difference in frequency of flushes although severity did decrease. A recent meta-analysis in patients on anti-oestrogens did find a reduction in symptoms.

It is generally considered safe when used by trained practitioners and may be of benefit without major side-effects.

Black Cohosh Is a plant native to North America and traditionally used by native Indians for menstrual irregularities. WHO and German health authorities endorse it’s use for menopausal symptoms at doses of 40-160 mg/day. It is believed to act centrally as a serotonin partial agonist.

Trials have given mixed results though there is considerable heterogeneity. Common side effects are gastro-intestinal, musculoskeletal and connective tissue. Liver problems have been reported but impurities and /or adulterants may be responsible. Further study is needed.

Most modalities convey little risk and may beneficial in improving quality of life. Additional studies are needed.