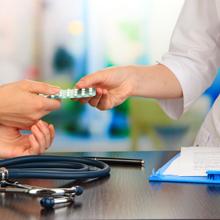 I often see women who take bioidentical hormones in the belief that these are “natural” and therefore better and safer than “synthetic” hormones. These are often delivered as troches or creams.

There are major concerns with these substances and The Menopause Society has recently conducted a review of the major issues and data. The full version is available on their website www.menopause.org.au

Oestradiol is secreted from the granulosa cells in the ovary in amounts varying from 70 to 500mcg/day depending on the phase of the cycle. It is rapidly converted in target cells and the liver to the weaker oestrone and then degraded to oestriol. Most circulates as inert (not active) oestrone sulphate. This can be converted back to oestrone and then used by target cells. The same degradation occurs regardless of the source or amount of oestrogen; so the ratio of oestrone/oestriol to oestradiol remains constant. It is impossible to alter this by prescribing different forms (Bigest, trigest) as the body will modify them regardless.

Natural oestrogen is rapidly degraded in the gut and so is not viable for oral use. In 1938 an ethinyl molecule was added to make ethinyl estradiol, a stable substance which replicated all the actions of natural estrogen but which was slowly degraded. This lead to development of oral contraception. However it was less than ideal for use in post-menopausal women. Soon afterwards another group was able to extract oestrone sulphate from mare’s urine. This is identical to the human form and it was suitable for use in menopausal women. It is often considered as a Natural estrogen.

Progesterone is produced by the corpus luteum (ovulation cyst) following ovulation, and the placenta in pregnancy. Levels measured in the circulation found to induce secretory change and prepare the lining for implantation varies between 15-100 nanomols/litre. Progesterone is rapidly degraded in the gut, liver and circulation so oral therapy is not able to achieve adequate blood levels. Progesterone can be absorbed through the skin but blood levels reach only 1-3 nanomols/L , insufficient to protect the endometrium. There is some evidence that it can be absorbed through buccal membrane and vaginal mucosa but no reliable studies to confirm the amount absorbed.

These are synthetic products developed to overcome the absorption problems of the natural hormone. Over the years many have been developed; medroxyprogesterone acetate (Provera), Norethisterone (Primolut) and levonorgestrel are the most commonly used. All inhibit endometrial growth and the hypothalamic-pituitary axis but side effects can be troublesome. (Bloating, depression, fluid retention, weight gain)

Interest has therefore been redirected to bioidentical progesterone. This can be made from the precursor Diosgenin, found in plants and was first achieved in 1938. The highest amount occurs in Mexican wild Yam. The precursor however has no beneficial effect. It has no biologic activity unless converted by a series of complex enzymatic processes to the hormone progesterone. Use of creams containing wild yam are therefore useless.

So bioidentical progesterone would be ideal combined with estradiol for HRT with no adverse side effects but it is difficult to maintain adequate blood levels to stop endometrial proliferation.

As relatively small amounts of estradiol are needed for biologic activity, adequate absorption can be obtained through skin, mucous membranes (oral) and vaginal epithelium. The transdermal route avoids liver and gut metabolism and gives sustained low levels as opposed to the high, short-term bolus delivered from oral administration of the same estrogen.

The same is unfortunately not the case for bioidentical progesterone. It is impossible to make a patch large enough to get adequate blood levels.

Oral administration is possible for both estradiol and bioidentical progesterone. In a study examining its effects flushes, sweats, mood and vaginal epithelium improved but there was no effect on bone and endometrial cells. Estrogen rises to high levels and lasts 1-2 hours while progesterone only moderately rises for 2-4 hours before returning to baseline. Whether this is sufficient to protect the endometrium has not been determined. Cases of endometrial cancer have been reported.

All bioidentical hormones are synthesized from precursors by some enzymatic process; none are “natural”.

Both regular and compounded HRT use the same estrogen. Bioidentical progesterone is rapidly degraded and due to unsafe endometrial response is not used in commercial preparations.

Patients need to carefully consider use of these compounded therapies.