Should Ovaries be removed at time of Hysterectomy?? 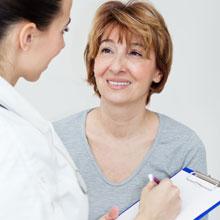 This question is often asked by patients who are looking at hysterectomy for a number of benign and malignant conditions. Hysterectomy remains a common operation for bleeding abnormalities, fibroids, prolapse, endometriosis and various cancers and pre-cancerous conditions.

Breast and genital tract cancers account for 40% of all cancers. A woman has a 1 in 70 lifetime risk of ovarian cancer. It often presents late and there is no effective screening test. Any intervention that lowers the incidence has the potential to have a huge impact.

The ovaries have an important role in hormone production and the health consequences of removal in young women need to be taken into account.

The cohort included 8621 diagnosed cancers: breast, colorectal and haematologic were the most common. One fourth has undergone hysterectomy and adnexectomy and another 15% simple hysterectomy.

The risk for breast cancer was reduced 27% among women who had a hysterectomy and BSO before age 45 and 20% in those who had a simple hysterectomy.

Only in women who had hysterectomy and BSO before age 45 was overall cancer risk decreased. (17%) The relative risk of ovarian cancer was significantly reduced by removal of ovaries (RR 0.21, CI 0.07-0.21).

In menopausal women the decision is relatively easy as endocrine activity has essentially ceased. Similarly in young women who desire future fertility ovaries are usually left. It is particularly in the group in the late reproductive years that the decision is more complex. The ovary continues to have important functions such as maintenance of bone health. The pros and cons need to be carefully weighed.

Simple hysterectomy is thought to confer some benefit due to altered ovarian blood supply and possibly decreased hormonal activity. Most breast cancers are hormone sensitive and so lowered levels may be beneficial .

In an average risk woman, generally the younger they are the less removal is indicated. In woman over 40, the impact on cancer risk should be carefully weighed up against early menopause and its implications.